Once upon a time, long long ago, there was a land through which flowed a hundred rivers. The Dihing, Disang, Dikhow, Subansiri, Kopili to name just a few. The mightiest of them all however, was a mythical male river Luit, commonly known as the Brahmaputra. It flowed down the lofty northern mountains, swift and deep.

Many moons ago, recurring earthquakes shook and shifted the land and persistent floods broke riverbanks. The Dihing and the Luit intertwined and created an emerald island called Majuli – the land between the two rivers. Legend has it that madly in love, Krishna and Rukmini decided to elope together. They travelled across many places, finally discovering a jade green isle floating on the Brahmaputra. Krishna, smitten by the serene beauty of the island declared it the second Dwarka, the kingdom of the creator himself.

Historical texts reveal that Majuli was formed sometime around 1750. Many ethnic groups and tribes have been living on this island for more than 200 years, co-existing in peace and harmony, enjoying nature’s bounty. It was this tranquillity and isolation of Majuli that drew the great Bhakti saint Srimanta Sankardev to establish the Satra culture at Majuli. In the 16th century, Sankardev initiated the Ekasarana Dharma (literally translating to shelter under one religion). The chanting of prayers or naam is considered a superior form of devotion. Idol worship and rituals are forbidden.

Sankardev and his chief disciple Madhabdev established the two unique institutions of Assam – The ‘Namghar’ (prayer halls) and the ‘Satras’ (monasteries). Both these institutes are intimately associated with the social, cultural and religious life of Assamese society.

Majuli is like the Vatican of Neo-Vaishnavism. Sankardev established 65 Satras in Majuli of which 22 are operational. Satras are sacred places where the bhakats (monks) maintain celibate stature and spend their days in prayer and the ways of living expounded by their great saint leader. Some famous Satras in Majuli are Auniati Satra, Daksinpath Satra, Garamur Satra and Kamlabari Satra to name a few.

The founding father of the cultural revolution in Assam, Srimanta Sankardev, gave religion an artistic  form by introducing the borgeet (devotional songs), ankia nat (one-act plays based on the life of Lord Krishna), bhaona (musical plays based on religion), and the sattriya dance (a classical dance-drama based on Krishna’s life). In Majuli, the Satras became the centres of art and culture. Various performances like Ankia Bhaona, Naam Prasanya, Gayan Bayan and religious festivals like the Ras Yatra or Doul Utsav are held regularly in the island. Majuli is literally a cultural treasure trove waiting to be explored.

Armed with all of this knowledge I set out to discover the island of Majuli. Leaving the hustle and bustle of city life behind our boat set sail from Neemati Ghat, Jorhat and headed for Kamalabari Ghat in Majuli.

The ferry ride across the mighty river Brahmaputra (which costs ₹15 and takes about an hour) was exhilarating. I shared space with the islanders crammed in between their cars and bikes. Majuli Island is huge and spans around 880 square kilometres, so hiring some kind of transport is probably a good idea.

A pre-booked Tata Sumo taxi cost me ₹1500 for 8 hours and was already waiting to take me to the hotel when I arrived. The driver doubled up as a guide. Other transport options include shared taxis, rickshaws or even hiring a cycle or a scooter!

Majuli is almost untouched by the modern world. The locals mostly live in traditional bamboo and mud houses (no multi-stored buildings here), cook their food on firewood and weave their own clothes. Few hotels and home-stay options are available with bare basics but it’s not for 5-star comfort that you want to visit Majuli. If luxury is usually your cup of tea then do not cross the Brahmaputra. 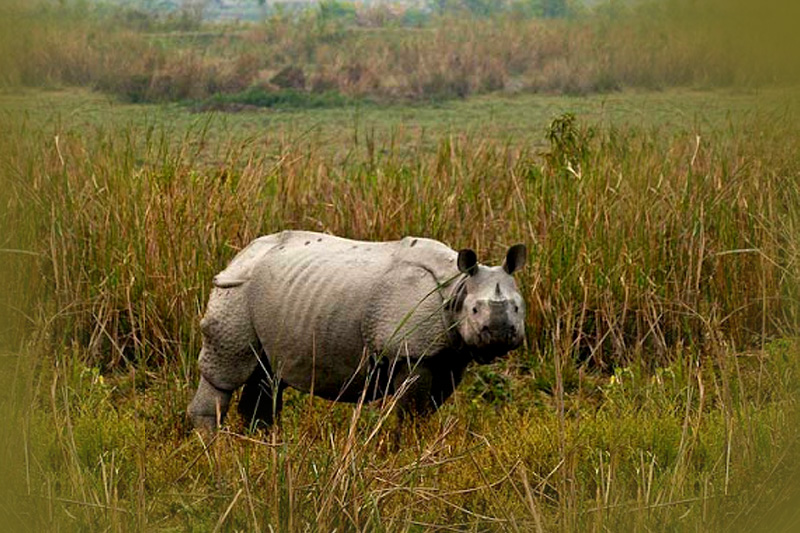 Visit Assam: The Land of Mystery, Mist and Magic 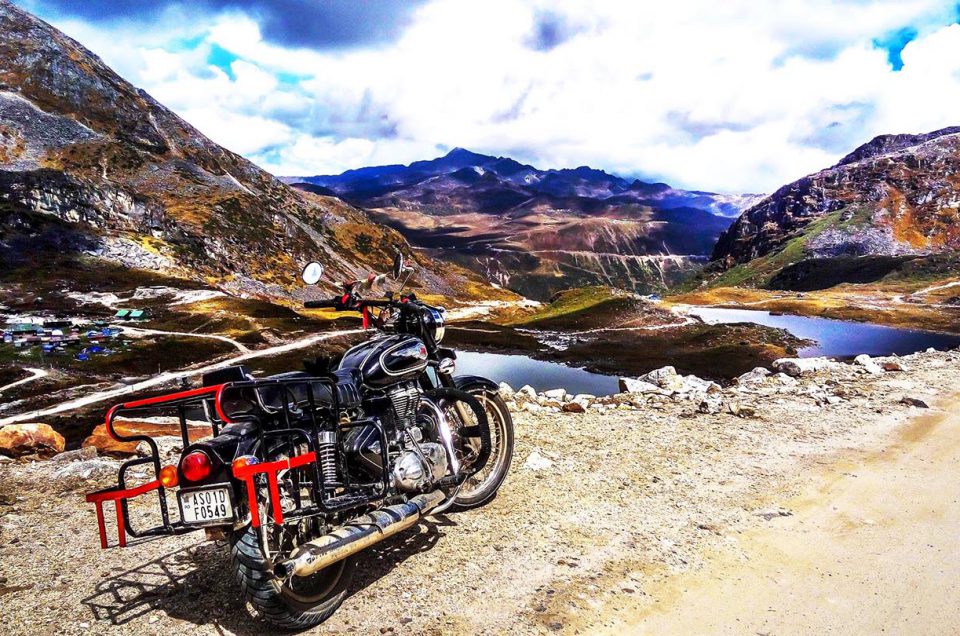